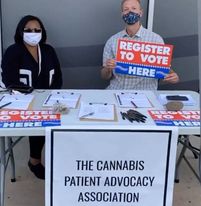 In 2016, according to the United States Census Bureau, 61.4 percent of the United States citizen voting-age population reported voting—an increase of about 4.6 million more reported voters than in 2012. In Maryland, the State Board of Elections reports 71.98% of 3,900,090 eligible voter cast votes in 2016.  Collaborating to work towards a common civic-focused goal, CPAA partnered with Maryland Medical Cannabis dispensaries Mary & Main, Herbiculture, Peake ReLeaf, Columbia Care, Curio Wellness and Nirvana Center to provide potential voters with assistance and education about voter registration, mail-in ballot requests, early voting and Election Day sites and procedures.

According the Maryland State Board of Elections, as of October 26, 2020, more than 1.6 million Maryland voters requested mail-in ballots with over half submitting them prior to Election Day (November 3, 2020). 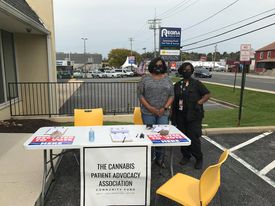 In fact, on October 26, 2020, the Maryland State Board of Elections announced that Maryland’s unofficial voter turnout of more than 161,000 early voters that day was the highest in state history. Through political empowerment and direct action, Maryland Medical Cannabis dispensaries and advocates supported the voices of Maryland Medical Cannabis patients and community members who expressed interest in how the Maryland legislature works generally; gerrymandering; and ensuring their voice is heard by their political representatives.

Importantly, patients and community members also stated their intent to share the information with others. One person passing, who remarked, “I can’t vote but that’s a good idea though…,” learned that possessing a criminal conviction does not necessarily exclude a person from being eligible to vote. “I have to tell my friends” he proclaimed excitedly. “They think they can’t vote,” he said after confirming their eligibility and polling site. 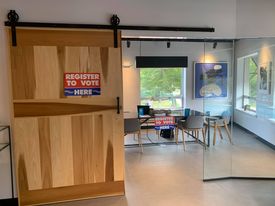 Another community member, after thanking Cannabis Patient Advocacy Association for their help, stated she was on her way home to show all her family members how to register and get their mail-in ballots.